Schultheis Carriage House: Breathing Life Back into an Old Landmark

Award winning Chef Bob Schultheis and his wife Donna cordially invite you to dine at the Carriage House. Experience the warmth and charm of their 18th century farmhouse featuring an extensive menu accommodating all tastes with over 50 varieties of wines and specialty beers to choose from.

More than 250 years before it was known as Schultheis Carriage House Restaurant, the historic building found on scenic PA-29 was known as the Millside Inn.

Donna and her husband Bob are lifetime restaurant employees, both having worked in food establishments throughout the Philadelphia region.Their love story is one meant for Hollywood.

“The story is, Bob had bought his bus ticket to New York and was ready to take the next step in his pursuing his chef career until he met me,” said Donna, chuckling.

“We got married in a courthouse on a Monday because it was Bob’s only day off!” 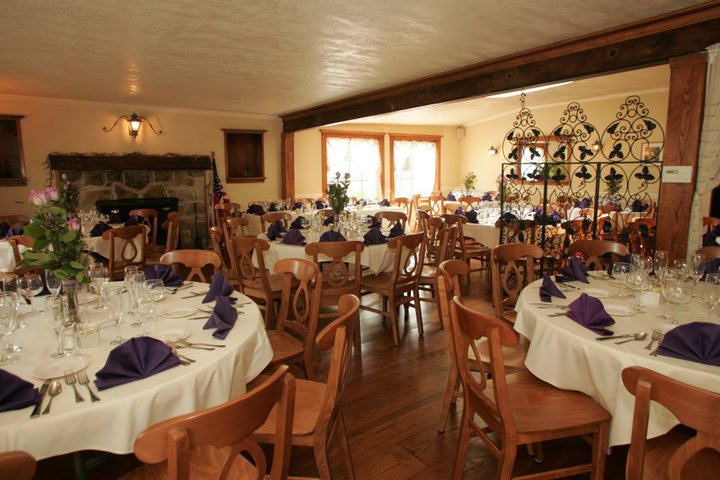 After raising kids, the pair decided to look for an opportunity to combine their experiences to create their own establishment. They came across the Millside Inn and decided to call it home in 2001.

“We always had an interest in history and wanted to own an old historical building,” said Donna. Bob wanted a restaurant not a tavern to show off his culinary skills.

When the Schultheis family bought the establishment, it was quite dilapidated. From rotting window sills to flooding basements, and Leaking roof. It took 5 months of Renovations before The couple could open for business. During that time, local word spread about the Millside Inn’s restorations and its new owners.

“When I say people came in droves, they did!” she said describing the community’s reaction to the restaurants opening, “They came  to see what we were doing in renovations to their place.”

“It was obvious that we were the visitors and they were seeing what we were doing with their inn.”

Residents shared stories about the building, including how a man named Abraham Moyer received rights to the plot from William Penn.

Schultheis Carriage House has a Tyrolean-inspired menu. It comes from the Tyrol region of the Alps, which encompasses the southern border of Austria and northern border of Italy. Everything is prepared fresh—from the filet mignon and lamb chops to the scallops and salmon—and locally sourced whenever possible. A variety of German and Austrian beers, like Ayinger Celebrator Dopplebach and Spaten Lager, are available on draft. Throughout the spring and summer, the restaurant opens its patio Biergarten for customers to enjoy al fresco dining.

“I always ask customers to be more specific when they ask me what’s good on the menu because it actually all is,” said Nichole, who has been a serving at the restaurant for the past four years.

With Donna’s experience in event planning, she added an all-weather Garden Terrace to the restaurant’s historical country barn. It creates a beautiful venue for banquets, showers, birthday parties, and weddings. The tent is heated in the winter for Christmas parties and in the summer the sides open to let in warm breezes. When it comes to hosting weddings, Donna is happy to keep up with a tradition that began with the Millside Inn. In fact, a few members of her staff have or are planning weddings at the venue.

“I get older residents who come in all the time and tell me how they got married at the Millside Inn,” said Donna.

On the subject of romance, Schultheis Carriage House offers a romance package that features a candlelit dinner and a night’s stay at a nearby bed and breakfast. The restaurant currently partners with three local inns—one in Boyertown and two in East Greenville—for this package.

Beyond weddings, Schultheis Carriage House stays busy with events throughout the year. In September, they host their annual Tyrolean Food and Beer Festival. It features a Beer Tasting and buffet of German cuisine, including a Pretzel Bar. There is even a live Oompa band and ladies come dressed in their finest Dirndls and men in their Lederhosen.

In the community, Bob and Donna partner with local organizations such as The Open Link, local churches, the YMCA, and other non-profits by providing gift certificate donations for those in need.

For Donna Schultheis, she is most thankful for her staff. Many have been working at the restaurant for for years and it has created a family atmosphere that rarely occurs in the food industry. This family atmosphere carries over to the patrons, many of whom have remarked of how homey it feels to dine here and of course how much they enjoy the delicious food.

In the future, Donna and Bob hope to eventually hand off the restaurant to capable hands. It was their retirement plan and they now have grandchildren that need their attention. In their amazing work to revive the Millside Inn as Schultheis Carriage House, Donna and Bob have kept old traditions and German cuisine alive in Montgomery County. But even they know they are just another set of owners in a long and storied history.

“It’s great to be a part of something like this and be able to hand it down to someone new, whenever that is,” said Donna. 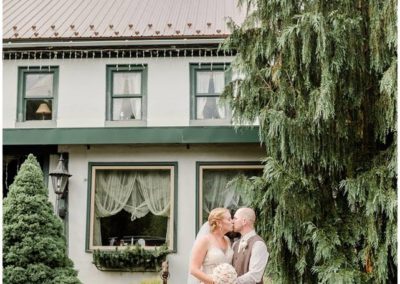 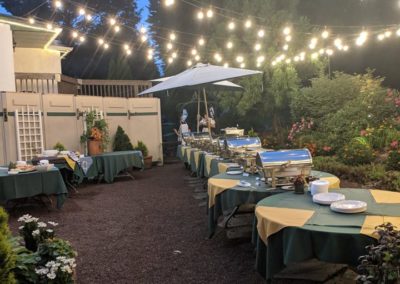 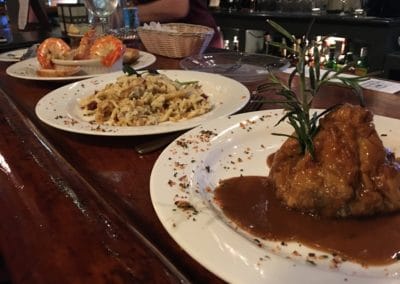 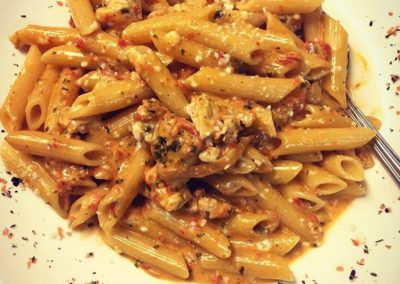 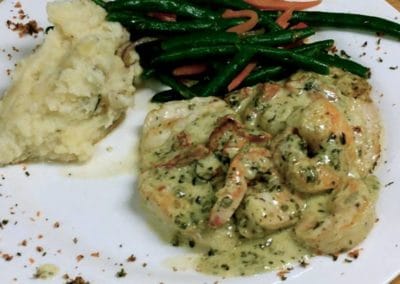 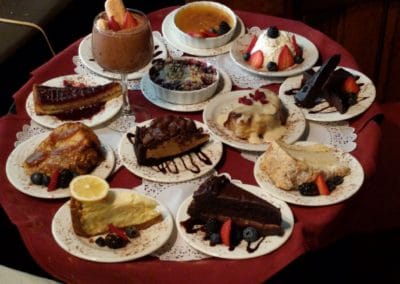