We are Upper Dublin’s only Brewpub/Coffeehouse. Stop by in the morning for a coffee, pastry, breakfast sandwich, and stay for one of our craft brewed beers and sandwiches throughout the day. We are outside food friendly as well, feel free to bring in your own.

Beer and coffee are more than just drinks for Joe Burdo at Track 3 Microbrewery and Coffee House. It is a precise scientific process to find and serve best tasting beverage combinations.

Formally trained in neuroscience and education, Burdo brings his 20 years of homebrewing to this local spot. 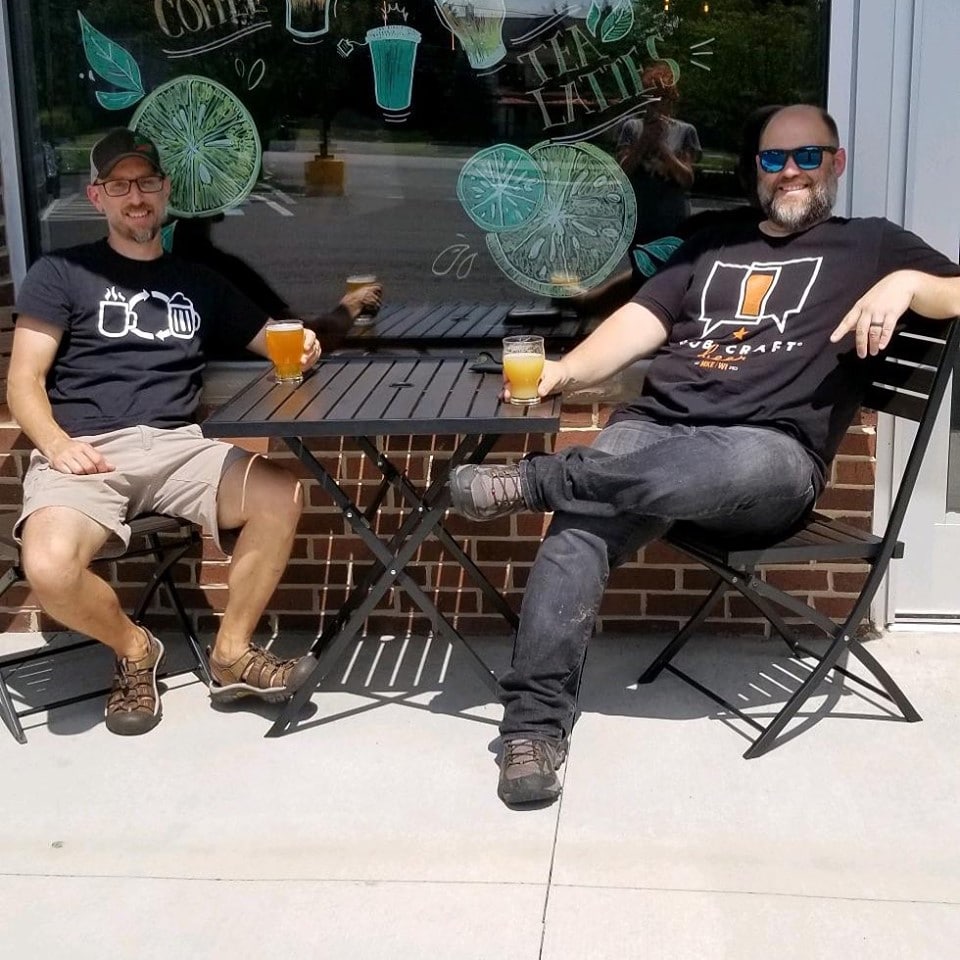 “I love beer, but even more than that, I love the process of making it…I have always had a love of both beer and coffee for years,” Burdo states.

After months of preparation, creating a welcoming atmosphere, and testing beers & equipment in Burdo’s garage; Track 3 Microbrewery and Coffee House opened in April 2019.

When debating the name for the business, Burdo and assistant brewer, Nick Rasmussen, were inspired by music and its ability to bring people together.

“My business partners and I always had shared a love of music, we wanted the music theme to carry throughout the space and even to our beers.” Burdo states.

Each beer created at Track 3 Microbrewery and Coffee House is named after third tracks on musical albums. Fearless, the third track on Pink Floyd’s 1971 Meddle album, is Track 3’s featured New England Double IPA and the most popular beer served. Summertime, a American Wheat Ale, is named after a song by DJ Jazzy Jeff released in 1991 as well as a 1968 song by Janis Joplin.

Track 3 also serves unique beer and coffee combinations drinks, such as Lucy in the Sky with Diamonds. Named after the famous Beatles song, it is a half Nitro Cold Brew & Half Stout with maple syrup. Intergalactic, the third song off of the Beastie Boys Hello Nasty album, is a coffee cream ale mixed with Ethiopian Harar Cold Brew from Wake Coffee.

Wake Coffee, an Ambler based coffee roasting company, is also featured in Track 3’s signature drink, The Upper Dublin Cardinal Sin. It is a stout fermented with a Trappist yeast (also offered as a solo beer called Message in a Bottle) mixed with a shot of cold espresso.

“When you offer a beer to someone who hasn’t tried craft beer before, and see their eyes light up, enjoy that style, and then try some things else we offer. That’s really the best part,” Burdo states.

Along with the rotating beers on tap, Track 3 offers hard cider, wine, beer flights, and food. They even allow outside food in the brewery, providing gathering space for hangouts, business meetings, PTO groups, and more.

“It’s a third space. It’s not work, it’s not home. People can come to do work or meet friends and colleagues. Just come to hang out and enjoy themselves,” Burdo states.

Track 3 Microbrewery and Coffee House is a busy place, hosting a variety of events for the community. There are monthly yoga sessions with Beth Howard, RYT 200 bright and early at 8 am. The next yoga session is October 20th. Track 3 also hosts The Village Idiots trivia nights on every second and fourth Tuesday of the month. On weekend nights, the place is packed, jamming out to local bands and musical groups.

Despite being a newbie to the Montco area, Track 3 Microbrewery and Coffee House is already making a difference in the local community. They work with PennyPack Farms in Horsham, PA for locally sourced produce.On October 20th, Track 3 is sponsoring the Fort Washington Fire Company Hot Foot 5K and will be serving a unique beer created by Fort Washington Fire Company. For the upcoming spooky holiday, Track 3 is hosting the Red Angel Duo Halloween Costume Party on October 26th. They also support local baseball teams and offer their beer at local events.

“We are really trying to integrate with the community as much as we can. It’s really about being a part of the community here as it is making good coffee and beer drinks,” Burdo states.

Check out Track 3 MicroBrewery and Coffee at their website, on Facebook, or at their location in Dresher PA. 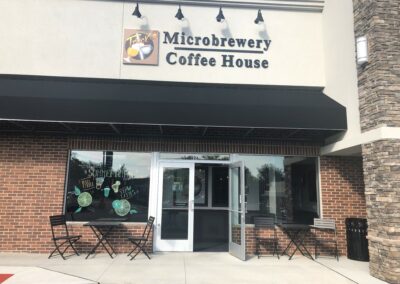 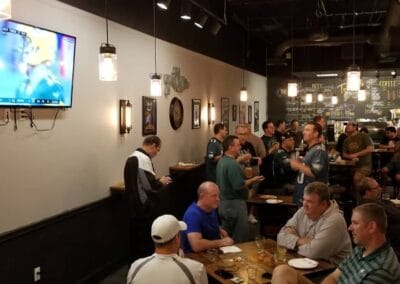 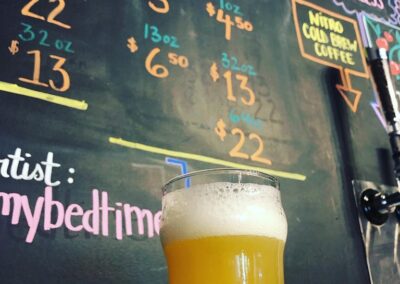 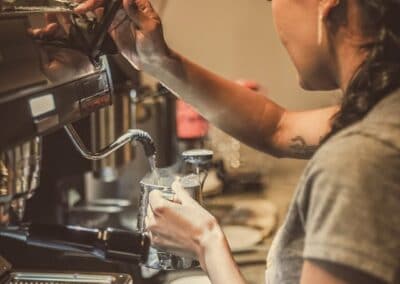 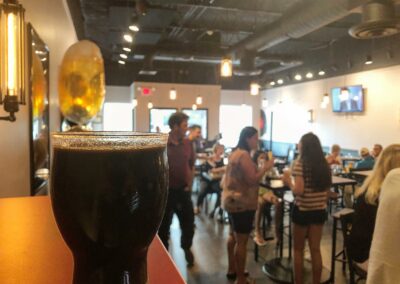 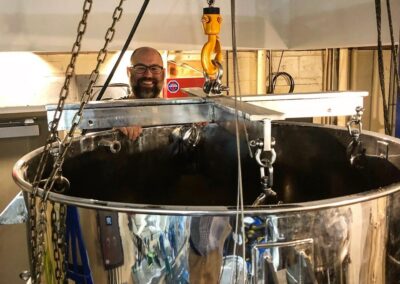 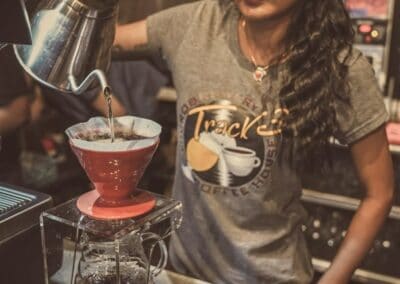